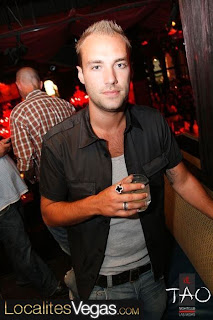 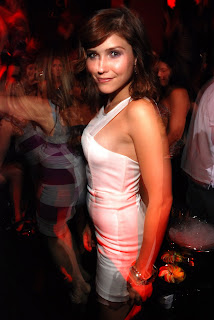 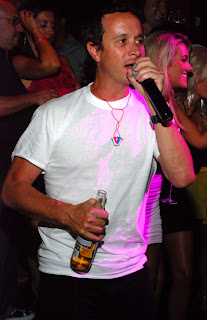 Saturday night at TAO Las Vegas saw another celebrity-packed evening. Actress Sophia Bush and friends celebrated fashion designer Alisha Levine’s bachelorette party for the second night in a row at TAO Asian Bistro. After dinner, the girls headed up to the nightclub where they enjoyed their lavish table in the moat VIP area. "Terminator 4" star Sam Worthington had a private dinner for 3 friends in the restaurant and quietly slipped out the back. Just a few tables away was film and television producer Jerry Bruckheimer. The renowned producer was joined by Oscar-winning actor Cuba Gooding, Jr. and “Smallville” actor Michael Rosenbaum. The group stayed until the early hours of the morning enjoying the sounds of DJ Berrie.Lindsay Lohan’s former beau and British model Calum Best was spotted at TAO filming his new reality show for MTV UK called “Totally Calum Best: The Best is Yet to Come.” After filming, Best and his pals continued celebrating the night at their private skybox drinking shots of Patron and Grey Goose vodka cocktails. Choreographer Cris Judd had a late night dinner with friends and was spotted in the dancefloor VIP dancing to the sounds of DJ BERRIE. Also spotted at the nightclub for the third night in a row was TAO favorite actor Pauly Shore. The comedic actor was among the packed hours of club goers partying the night away at his VIP table on the dance floor.
at 5:17 PM