FRIDAY NIGHT AT TAO AND LAVO 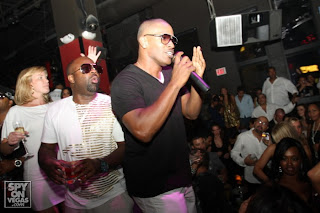 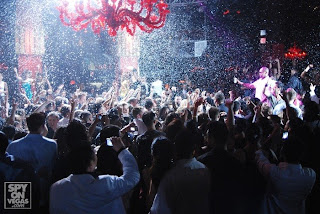 Friday night at LAVO inside The Palazzo Jamie Foxx, a crew of guys and a bevy of beauties were dancing to the sounds of DJ Five. Decked out in diamond studded sunglasses and a black scarf, Foxx was spotted standing on a couch dancing and singing until the moment Bell Biv DeVoe’s “Poison” blasted across the club, at which point the group broke into a dance routine.

Also choosing LAVO on Friday was Brian Baumgartner from the hit TV series The Office. Joined by a blue eyed brunette they dined on the Strip front hookah terrace and relaxed with a few drinks before heading upstairs to a table on the dance floor.
Meanwhile at TAO....
A big fan of Tao and back again was oscar winner Jamie Foxx. He rolled thru the casino 30 deep and made a grand entrance immediately making his way to his dancefloor table and grabbing the mic and spotlight arriving around 1am after LAVO. He held court standing on the catwalk reminded the crowd about his new album dropping dec.16th and getting everyone hyped shining his trusty flashlight on the crowd and singling out the ladies. There was no shortage of sexy young women ready to get up and shake it for him. He had company on the mic for a few minutes when Wilmer Valderrama popped up in the dj booth with dj reach and they battled it out for a few minutes beatboxing. Also a good friend of and fan Tao, Wilmer then made his way down to his own dancefloor table where he kept it a bit more lowkey with some friends some ladies and of course a bottle of patron Kenny "Babyface" Edmonds was also at Tao hosting his brothers bachelor party at one of Tao's secluded Skybox's. The dapper group of men toasted with some bottles of Grey Goose and enjoyed watching the show Jamie Foxx was putting on down on the dancefloor. Back at tao for the second night in a row was co star of The Office, Brian Baumgartner.
Also spotted at Tao on Friday was "True Blood" co-star Mehcad Brooks with 8 friends in one of Tao's signature skyboxes, and Nathan Fields son of Janice Dickonson and co star of "The Janice Dickinson Modeling Agency".
at 2:31 PM

There are many casinos without a Swedish license,and they are just as safe as the Swedish variants. For example, when you have switched off via Game Break and casino utan svensk licens, but feel like you want to play anyway, a casino without a game break is the only option.