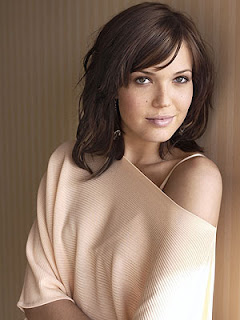 Friday night at LAVO inside The Palazzo, Mandy Moore was spotted dining in the restaurant with three girlfriends. After dinner they hopped aboard the LAVO/TAO Escalade cart and were transported to Barney’s for some late night shopping.

At a separate table, Kelly Carlson of Nip/Tuck also enjoyed a night out with friends and feasted on favorites from the Mediterranean menu.

MMA fighter Kenny Florian rushed over to LAVO for dinner immediately after the weigh in for tomorrow’s UFC bout. Joined by his trainer and his entire camp, the group dined on signature dishes from Chef Ludo and were overheard talking about carb loading in preparation for the fight.

Hip Hop star Rick Ross and a friend had a bite to eat in the restaurant before heading upstairs to the nightclub.

Also spotted in the nightclub was Marlon Wayans, who had just driven in with friends from LA. In a great mood he was laughing and dancing all night long.