SATURDAY NIGHT AT TAO AND LAVO! 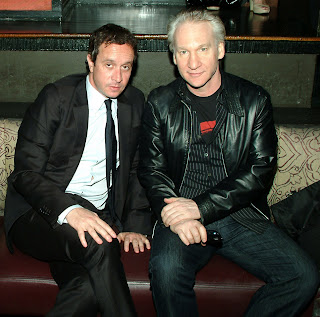 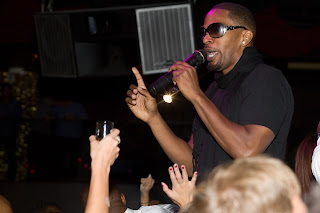 Saturday night at TAO Las Vegas saw superstar Jamie Foxx returning for the second night in a row. Jamie had dinner with 20 of his friends and family. The Oscar winner had set up two birthday cakes to be delivered for two of his friends, at TAO Asian Bistro. Afterwards they all hit the club, taking his usual table in the dance floor VIP section. Jamie entertained the packed house as he went back and forth with DJ Vice playing off each other and MC'ing the party well into the early hours as Cristal flowed at his table. Also at TAO was comedian Pauly Shore who hosted a festival after party with The Comedy Store, the legendary comedy club in LA owned by his family. Comedian and talk show host Bill Maher joined Pauly at the party, the old friends took a table in the dance floor VIP not far from Jamie Foxx. Other comedians at TAO included: Nick Thune, BJ Porter, Brett Gelman , Rob Riggle from “The Daily Show” and the cast of MTV’s sketch comedy show “Human Giant” (Rob Huebel, Paul Scheer and Jason Woliner).Also at TAO was “Mad Men” actor and one of GQ Magazine’s “Men of the Year” Jon Hamm. Jon arrived with five friends and took a table stocked with Grey Goose vodka.
Over at LAVO....
Mehcad Brooks co-star of the hbo series true blood dining with 3 friends. Orthodox jewish rap/reggae/rock artist Matisyahu came with a large entourage to celebrate after his sold out packed performance. He escaped the crowd of fans for a little while with his wife and took in the las vegas strip on lavos patio (maggie has the photos). And long time TAO group friend Pauly Shore popped in late night after his party at TAO.