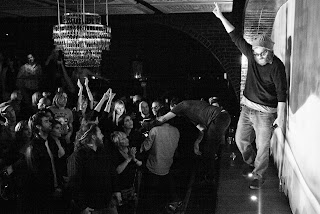 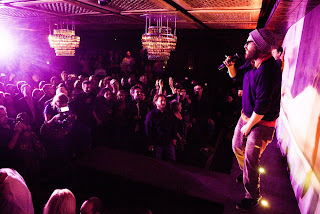 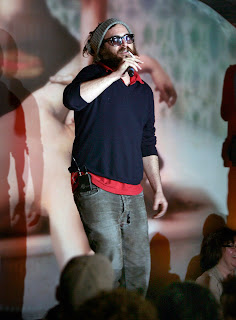 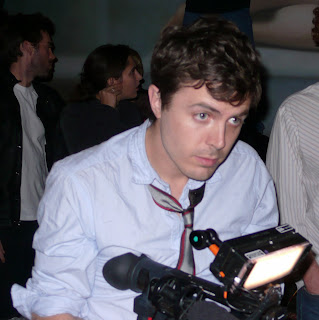 This past Friday night at LAVO inside The Palazzo was the location for the start of Joaquin Phoenix’s foray into his new music career. Sporting long hair under a beanie and a full beard in a drastic departure from his Golden Globe winning portrayal of Johnny Cash in Walk The Line, Phoenix arrived at LAVO with brother-in-law Casey Affleck and a camera crew in tow. Affleck is directing a documentary covering Phoenix’s transition from actor to musician.

After being greeted by a crush of fans Phoenix first journeyed to LAVO’s Strip front terrace, then headed to the private dining room for dinner, where Chef Ludo prepared a Vegan meal for the star.

Upon entering the nightclub Phoenix was swarmed by fans and graciously posed for photos with a few. The sounds of DJ Five provided the new minted rapper with a nice warm up as he prepared to take the stage. After a few sips of beer, he jumped up onto the catwalk for the first ever performance in his new career and camera phones appeared to capture the moment. During his three song performance he stopped only to light a cigarette and take a quick swig of beer.

The crowd was pumped as he ended his set and Phoenix was so excited he tripped leaving the stage and slid down the banquette. He celebrated by dancing around and jumping up and down so hard his beanie flew off.

When it came time to make his exit he grabbed the railing next to his VIP table like he was on a jungle gym and went swinging through to the walkway as the camera crew followed.
at 2:46 PM