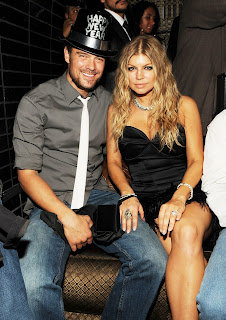 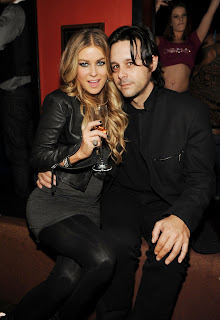 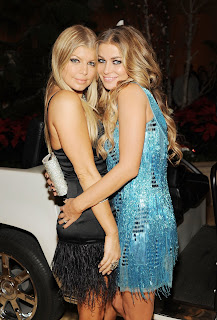 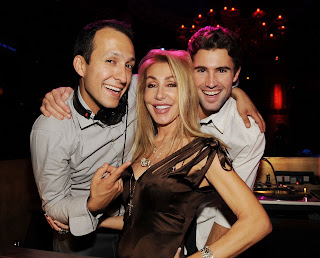 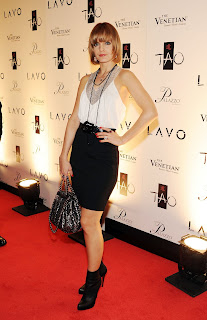 Mena Suvari arrives at the carpet

The stars were out in full force at The Venetian, The Palazzo, Lavo and TAO Las Vegas on New Year's Eve! The evening kicked off with an explosive performance by Fergie in the Venetian Ballroom! Jesse McCartney and Mena Suvari and her fiancé Simone Sestito were rocking out to "London Bridge,” “Glamorous,” and even classics like Heart's “Barracuda.” David Spade introduced Fergie and got the crowd warmed up!

Right before Fergie took the stage, fiancé Josh Duhamel gave her a kiss backstage and went to his seat to watch the concert. After she finished performing, Josh met her again and they walked hand in hand through The Palazzo Casino.

After her concert, Fergie, Josh, and her family and friends headed to Lavo at The Palazzo Hotel to host the New Year's Eve festivities. At 11:54pm Fergie took to the stage, danced and motivated the crowd, giving shoutouts to ladies in love and ladies who've just broken up. Fergie began the countdown and Josh was in the corner of the stage trying to be incognito. At the stroke of midnight and after shouting "Happy New Year," Fergie ran over to Josh and gave him a kiss and hug. The two partied away into the night with family and friends. Close by was David Spade and Pauly Shore. Mena Suvari and fiancé Simone Sestito were also ringing in the New Year at Lavo. Everyone couldn’t help but notice Mena’s amazing engagement ring, which we she wore proudly.

Over at TAO at The Venetian Hotel Resort and Casino, Carmen Electra hosted the New Year's Eve festivities. Fiancé Rob Patterson was by her side the whole night and let her shine in the spotlight as she conducted the countdown in the DJ booth. Immediately after ringing in the New Year, Carmen went to her table by the dance floor and graciously posed for photos with fans and onlookers. She then danced the night away with Rob getting 2009 off to a great start. Brody Jenner was also celebrating with girlfriend Jayde Nicole and mom Linda Thompson. After some cozy snuggling with his girlfriend (without inhibition) Brody made his way to the DJ booth with his mom (who had always wanted to go in a DJ booth). Brody and his mom rocked out to the sounds of DJ Vice and hyped up the packed house of club goers. Also at TAO was Adam Beach. After partying at LAVO, Jesse McCartney and Mena Suvari headed over to TAO and partied at the dance floor VIP tables.

Fergie, Carmen Electra and Mena Suvari have so much in common…. All three are engaged, all were wearing Christian Louboutin Shoes on the red carpet, and all stopped and signed autographs and took pictures with fans!
at 2:45 PM