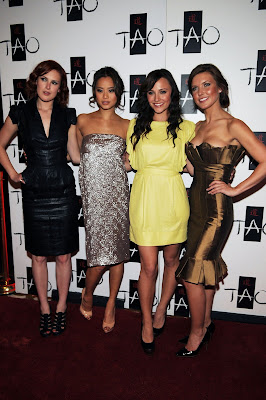 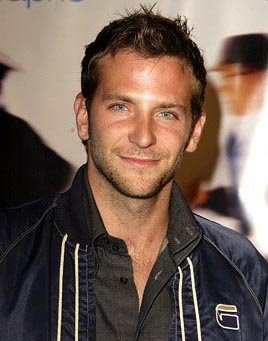 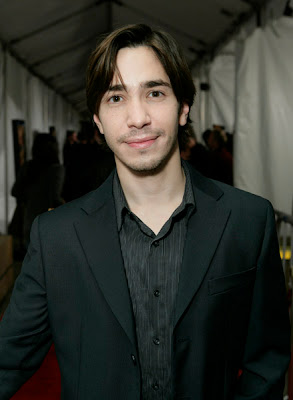 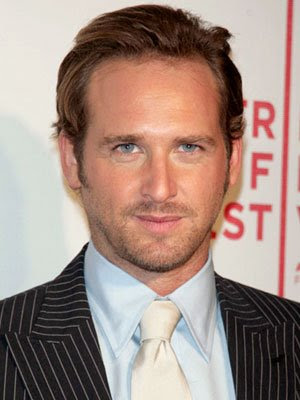 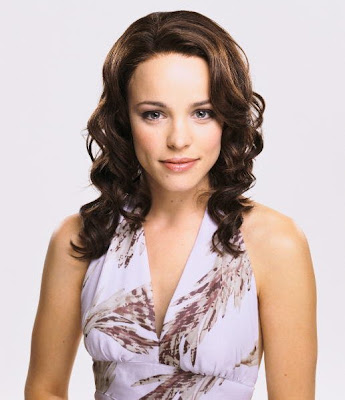 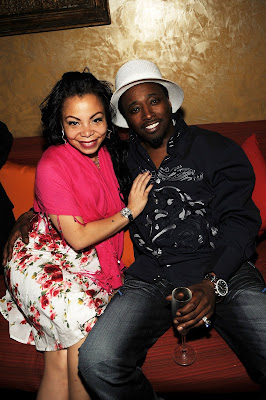 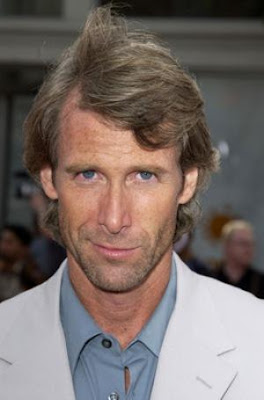 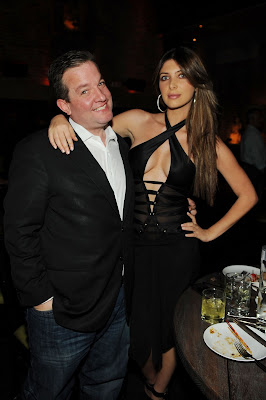 Comedian Jeff Beacher with socialite Brittany Gastineau
TAO Las Vegas once again served as celebrity central as stars in town for ShoWest arrived in force for Worship Thursdays. Starting the evening early, David Spade dined at the Asian Bistro before heading off to his limited engagement show at The Venetian. Arriving a bit later, Access Hollywood’s Billy Bush hosted a charity dinner in honor of the Lollipop Theater Network; with him was Chris Pine who is staring in the upcoming Star Trek movie. They were joined at dinner by Briana Evigan and the girls from Sorority Row, fresh from being feted as ShoWest’s 2009 Female Stars of Tomorrow.
Evigan, who glowed in a yellow Max Azria dress and Nina Ricci heels, was surrounded by cast mates Rumer Willis, Jamie Chung, Audrina Patridge and Margo Harshman, along with the movie’s director Stuart Hendler. The girls all stuck together for an extended dinner downstairs first since Rumer Willis does not turn 21 until August, when she intends to return to Vegas for a proper celebration.After dinner, the Sorority Row crew headed upstairs to a VIP table in the moat section of the nightclub while Rumer was able to catch up with producer/director Michael Bay as they crossed paths at valet when he arrived to TAO just as she was leaving for the night. Bay and five friends took a lower level skybox, enjoying Champagne and Grey Goose.
Dining at a table in the restaurant was reality star and socialite Brittany Gastineau along with Jeff Beacher of Beacher’s Madhouse, while yet another table in the celeb filled dining room was occupied by Ben Lyons and Jason Kennedy, both from E!. They all later joined up at a table in the nightclub.Upstairs at TAO Beach, cabanas were packed with even more notables. Justin Long, Bradley Cooper and New Line president Richard Brenner took a poolside cabana for the evening and Sorority Row girls Jamie Chung and Margo Harshman stopped by to visit them as well. Also joining them were Rachel McAdams and Josh Lucas, who were spotted canoodling and dancing inside the cabana. Just a few cabanas down was comedian Eddie Griffin enjoying the pleasant, albeit windy night.
at 4:32 PM