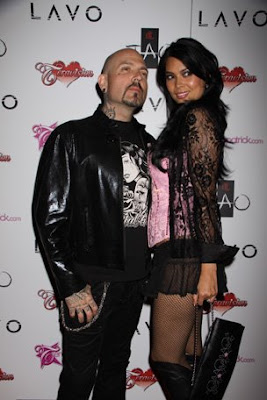 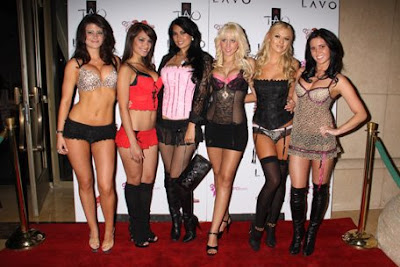 Tuesday night at LAVO adult film star Tera Patrick hosted the “Lingeriegasm”. Patrick arrived with husband Evan Seinfeld of The Spyderz and posed on the red carpet with models clad in designs from Seven Til Midnight, I Basic Intima and Ed Hardy Lingerie. The always affectionate couple flirted on the red carpet and Seinfeld even lifted his shirt to proudly display the tattoo of his wife along the side of his torso. The group headed into to dine on selections from LAVO’s new Italian menu before journeying up to the nightclub where a bevy of beauties in lingerie were waiting. The sexy sirens strutted along the LAVO stage, competing for a $1000 cash prize as Patrick judged. Jeannie Duffy was awarded the prize and the entire club celebrated by partying to the sounds of DJ FIVE.
at 4:00 PM