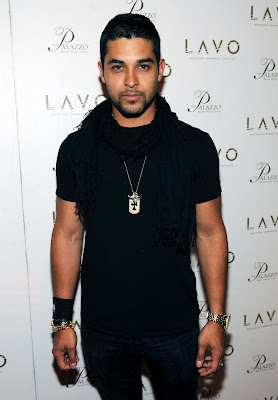 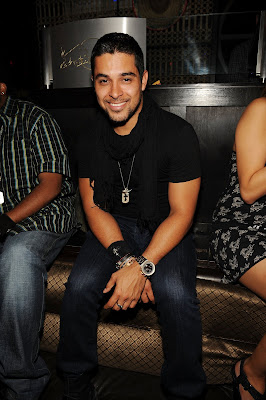 Wilmer Valderrama rang in Cinco de Mayo Las Vegas style at LAVO inside The Palazzo Tuesday night. Fresh off three months of filming, Valderrama arrived looking fitter than ever, showing off his svelte look in a tight black t-shirt. Having spent the day at TAO Beach, he and a group of friends first hit the restaurant to give LAVO's new Italian menu a try. Heard raving about the food, their meal included Kobe Meatballs, Seafood Alfredo and Rib Eye.

After dinner they headed up to the nightclub to really start the party. Jumping on the microphone to get the crowd going, Valderrama declared, "No Cinco de Mayo is complete until you hear the mariachis!" On command, the mariachi band began to play, followed by a Latin set from DJ FIVE. He kept the crowd going, making sure "Cinco de Wilmer" would be a party not to be forgotten.
at 12:34 PM