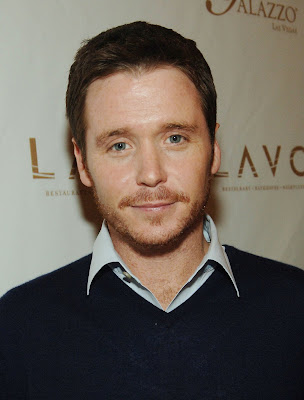 The NHL invasion arrived in Vegas and it is not surprising that hot spot LAVO inside The Palazzo was the destination of choice for the ice hockey stars.

In the dining room, Philadelphia Flyers captain Mike Richards had dinner with Peter Luukko, President and COO of Comcast Spectacor, the team owner. Richards, who is nominated for the Selke Award for best defensive forward was also joined by family and friends.

Also seen in the restaurant General Hospital actress Kristen Storms, wrapping up her meal with the delectable Oreo Zeppole.

After dinner everyone headed to the nightclub where they all had VIP tables next to each other for the Label Junkie party hosted by NHL star Jeremy Roenick with a fashion show for his line Muze. The consummate host, the San Jose Sharks center greeted all fans who wanted to say hello.

Roenick’s party attracted a slew of on ice stars from teams across the NHL, but one of the most notable almost didn’t make it into the club. Twenty-three year old Russian phenomenon Alexander Ovechkin, who plays for the Washington Capitals and is up for the league’s MVP award, arrived who in 2008 signed the most lucrative contract in NHL history with his 13 year, $124 million contract extension the superstar and his group joined Roenick’s table upstairs. Once safely inside, the league’s scoring leader danced on the banquettes to the sounds of DJ Crooked and made his rounds to visit various tables of hockey players throughout the club.
at 3:54 PM