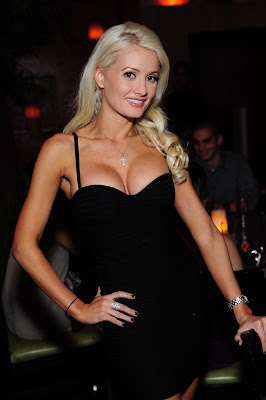 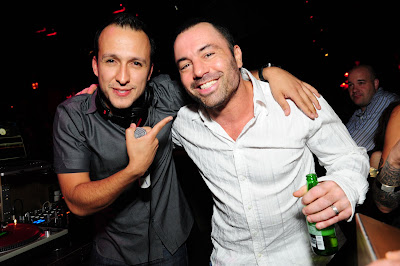 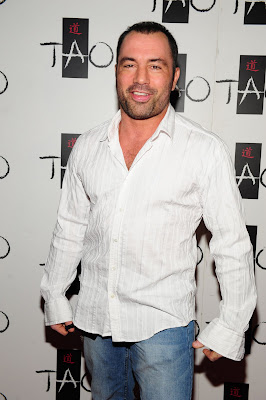 Saturday night at TAO Joe Rogan hosted a post fight party and celebrated the premiere of his new comedy special on Spike TV. Rogan and friends first dined in the Asian bistro, sampling house specialties including Lobster Wontons, Crispy Shrimp and an assortment of Sashimi.

Dining nearby under the watchful eye of TAO’s giant Buddha was Holly Madison. The reality star who is set to make her stage debut in Peepshow was looking every bit the sex kitten in a skintight black dress, frilly white bobby socks and black heels. The blond vixen was overheard talking about how excited she is to host at TAO Beach on July 5th.

After dinner Rogan and friends made their way to the nightclub where Rogan wasted no time jumping on the microphone to hype up the crowd. A bevy of beauties made their way over to the table in front of the DJ booth and all partied to the sounds of DJ Vice.

Taking fashionably late to a new level, heiress Nicky Hilton arrived at TAO around 3am with boyfriend David Katzenberg and Jeff Beacher. Hilton always comes to see DJ Vice when she is in Vegas and Vice made sure to send shout outs her way as she danced atop the catwalk.

Over at LAVO the NHL invasion continued as Phoenix Coyote Dan Winnik hit the nightclub with his brother and friends.