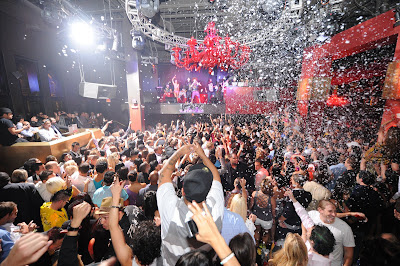 The crowd watching the Performance.... 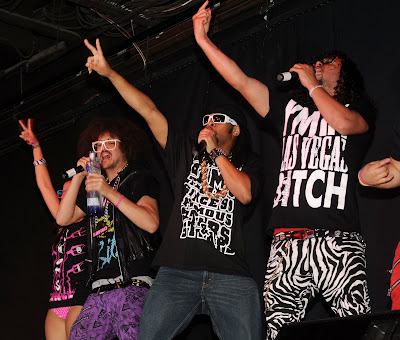 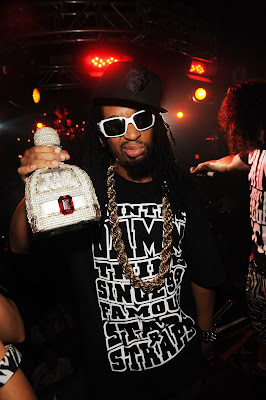 Lil Jon and his custom blinged out TAO Patron bottle.... 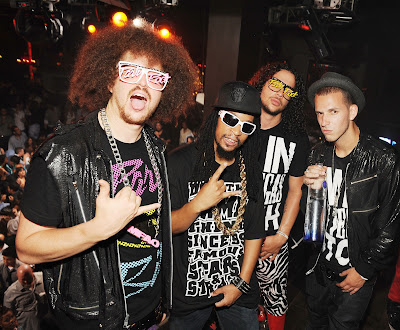 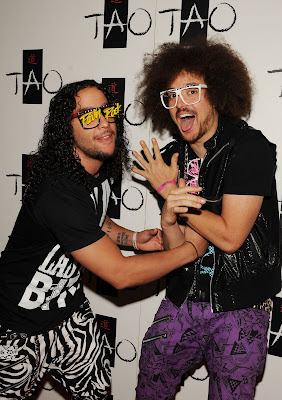 LMFAO is Sky Blu and RedFoo

The day started early on Thursday as electro-hop group LMFAO gave hot spot TAO Beach a prominent role in the music video for their song “SHOTS”, with Lil Jon. Throughout the day they filmed in the cabanas, at the bar and around the pool, even pulling in TAO Beach guests who were happy to play a part in the video.

The party continued with dinner for 20 at TAO Asian Bistro. Decked out in their signature Party Rock clothing and funky sunglasses, the group, including rap artist Shwayze and DJ Eric Dlux, commanded a large table under the watchful eye of the famed Buddha and dined on favorites from the kitchen. In keeping with the theme of the day, shots of Patron were brought to the table on several occasions, with the entire group breaking into a refrain from their hit song and they downed the drinks. Always entertaining, they got the whole restaurant in the mood to head to the club by clapping and using chopsticks as instruments to play along to music from the DJ.

After dinner they headed up to a VIP table on the dance floor in the nightclub, where they were enticed to hop on the stage for an impromptu concert of their songs “I’m in Las Vegas Bitch,” “I am Not a Whore,” and of course their summer hit, “SHOTS”, which they performed twice for the pumped up crowd. Lil Jon joined them on stage, taking shots from his crystal encrusted TAO cup and the crowd went wild. The night didn’t end there, as LMFAO jumped into the DJ booth with DJ Five and entertained the crowd until 3 am.

Over at LAVO, Mark Ballas of Dancing with the Stars enjoyed an early dinner with friends. The group enjoyed Calamari, Chicken Parmagiano, Sea Bass and of course the ever popular Kobe Meatball. They washed the Italian offerings down with the Pomegranate Lemonada specialty cocktail.