UFC FEVER AT TAO AND LAVO ON SATURDAY NIGHT! 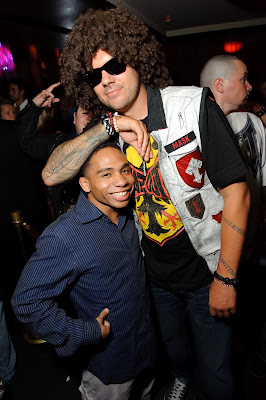 DODSON AND SKYSKRAPE AT THE TAPOUT AFTERPARTY AT TAO 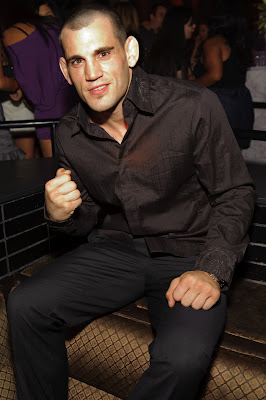 UFC 100 WINNER JOHN FITCH AT HIS AFTERPARTY AT LAVO

UFC 100 continued to bring the crowds to TAO and LAVO on Saturday night.

TAO was the location for the official TAPOUT after fight party. TAPOUT owner “Sky Skrape” was a gracious host, holding court in a lower skybox packed with vodka and beer. Spotted in the skybox were John “Magician” Dodson and Ultimate Fighter Season Eight winner Efrain Escudero.

Also spotted at TAO was British hunk Jason Statham. The Transporter actor, who was celebrating a friend’s birthday, proved very popular with the ladies in the club. Statham was down to earth and chatted with everyone who wanted to get near him.

After his win over Paulo Thiago, MMA fighter Jon Fitch made sure to let the crowd know he was heading to LAVO for his after party. Once there, he had a celebratory glass of champagne and then stuck to Macallan 12 on the rocks for the rest of the night. Fitch, joined by his girlfriend and a group of thirty, took over a large dance floor table and celebrated late into the night.