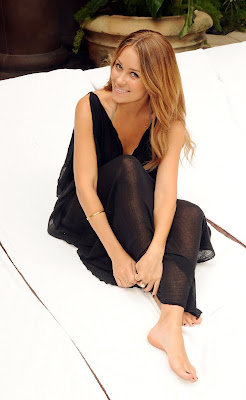 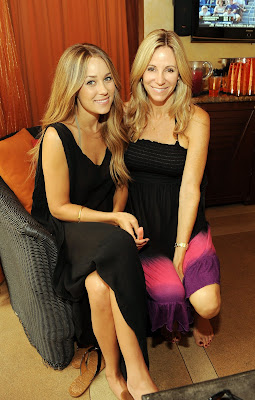 Lauren and her mother Kathy 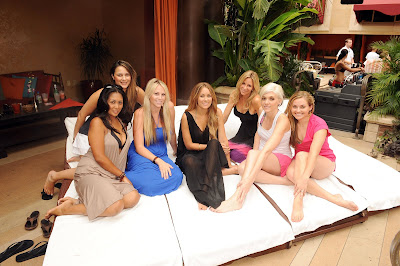 Lauren with the Bachelorette Crew at TAO BEACH


Lauren Conrad kicked off a Vegas weekend celebrating the bachelorette party of her cousin Cheryl with dinner at TAO Asian Bistro on Friday night. The group of seven, including Conrad’s mother Kathy, sipped Lychee Martinis and feasted on specialties from the kitchen, including Satay Bass, Kung Pao Chicken and Vegetable Dumplings, finishing with a platter of desserts. After dinner they adjourned to a sky box in the nightclub for Champagne toasts, Grey Goose cocktails and dancing.

The party continued on Saturday as Conrad and friends took over a cabana at TAO Beach. Despite having to move the red carpet from TAO Beach to indoors in front of TAO due to the threat of rain, the show went on. Once up at TAO Beach, a slew of women carrying Conrad’s new book L.A. Candy approached the ingénue, who graciously autographed copies before settling into the plush cabana. The girls snacked on lunch from the TAO kitchen and managed to avoid the few drops of rain that threatened to put a damper on the party.

Saturday night Conrad and crew arrived at LAVO and the final night of the bachelorette weekend. While they dined in a booth near the back of LAVO, the party was impossible to miss, with bride-to-be Cheryl donning items from the TAO Group’s Bachelorette Party Bag, including jewelry and accessories that glowed with a bright red light. Silliness ensued as the night went on and they took over a VIP table on the dance floor. They danced all night to the sounds of DJ Eric DLux and toasted amid the screams of pure Vegas bachelorette bliss.

Also spotted Saturday night dining at LAVO was Evan Goldberg, one half of the writer/producer team of films such as Knocked Up, Superbad and Pineapple Express. Joined by friends the group had Calamari, Prosciutto and Eggplant and Chicken Parmagiano and drank Jack Daniels and ginger ale.

Saturday night at TAO, Jermaine Dupri arrived at the nightclub sporting a pinstripe suit. The producer, rapper and Grammy winning songwriter was with a male friend and his security guard. He danced on the banquette until around 3 am and drank Moet Nectar Rose.

Danny Masterson and a large group of friends were seen at TAO as well. The actor and sometimes DJ hung out on the catwalk while drinking Patron and chatting with his friends.

NBA pros Jermaine O’Neal of the Miami Heat and Houston Rocket Tracy McGrady were also spotted in the nightclub.
at 11:42 AM