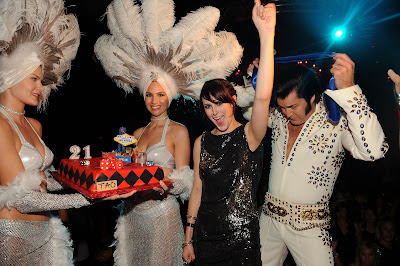 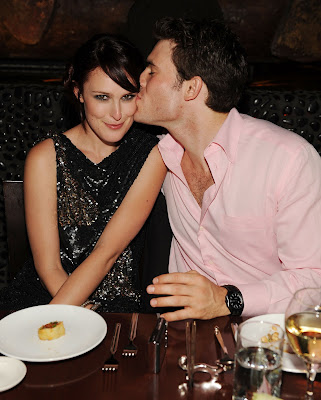 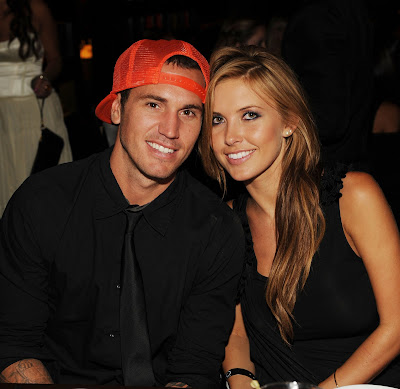 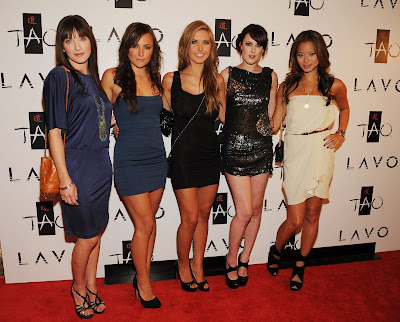 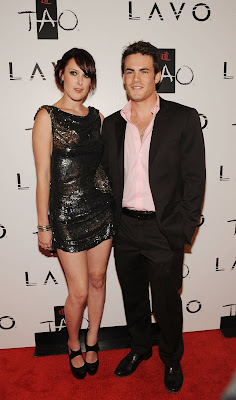 Rumer Willis celebrated her 21st birthday this Saturday night at TAO Las Vegas joined by her entire family, including Demi Moore and Ashton Kutcher, Bruce Willis and Emma Heming, and younger sisters Tallulah and Scout. Rumer arrived with boyfriend Micah Alberti looking glamorous in a vintage dress and Fendi shoes and sparkling in vintage jewels. Her co-stars in her upcoming film, Sorority Row, including Audrina Patridge and her boyfriend Corey Bohan, Briana Evigan, Margo Harshman and Jamie Chung, along with close friend Matt Dallas all joined to ring in her milestone birthday.

After a dinner filled with TAO favorites including the Chilean Sea Bass, Tofu Lettuce Wraps, and Crispy Rice, the official birthday began when the clock struck midnight. The party toasted with Patron Platinum and a special cake was brought out made to replicate her favorite berry cake from a bakery in LA. After the candles were blown out, Bruce and Demi hugged, sharing in their daughter’s excitement.

Rumer’s entire party, minus the not yet 21 Tallulah and Scout, headed upstairs to TAO nightclub to continue the celebration. The large group, including Soleil Moon Frye and her husband, Jason Goldberg, who is Ashton’s business partner, Holly Madison and Robert Earl took over several tables in the VIP Moat section. Rumer was pulled up on to the catwalk and surprised with a second cake delivered by showgirls while a classic Vegas Elvis impersonator sang happy birthday. Later, a Madonna impersonator brought over a bottle of Cristal—Madonna and Rumer share the same birthday. Rumer and her Sorority Row cast mates partied at TAO until the wee hours of the morning, with Rumer saying she felt so lucky to be celebrating her birthday at TAO surrounded by her family and friends.

Arriving around 4 am to TAO was rapper Nelly, along with several other up and coming rappers. The group drank Moet Nectar Rose, Patron Silver and Grey Goose and jumped on the microphone and entertained the club crowd until nearly 5 am.

Earlier in the day Audrina Patridge and boyfriend Corey Bohen were spotted soaking up the rays at TAO Beach.

Also seen drinking margaritas at the daytime hot spot with several guy friends was Scott Disick, who is expecting a child with reality star Kourtney Kardashian.

Photo Credit: Denise Truscello
at 11:12 AM