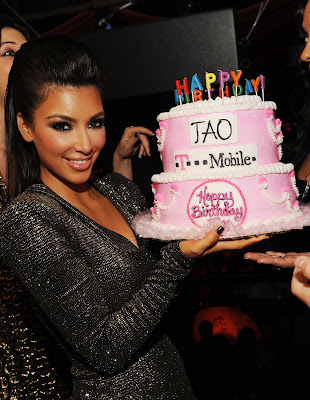 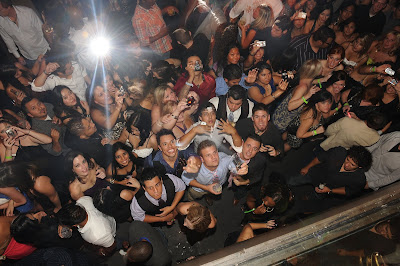 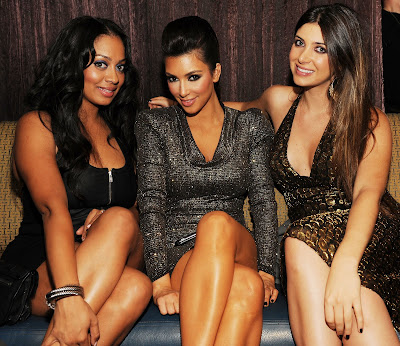 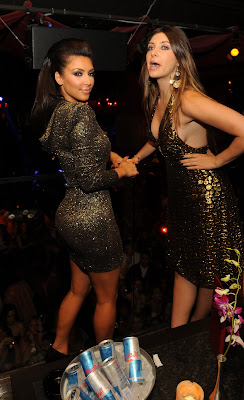 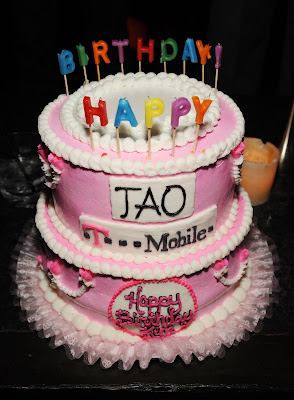 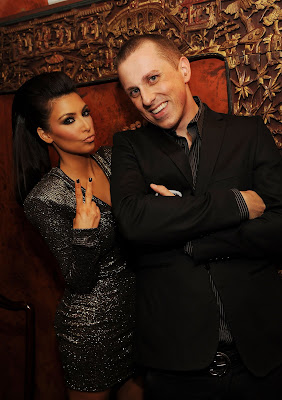 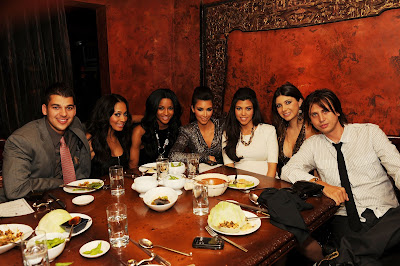 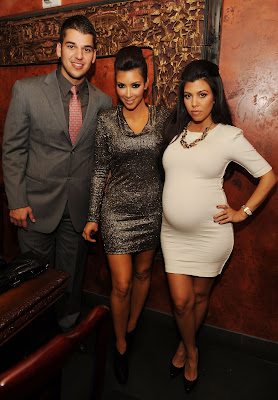 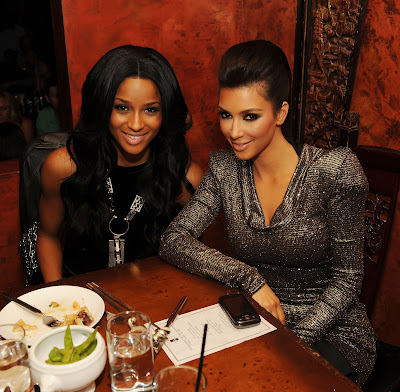 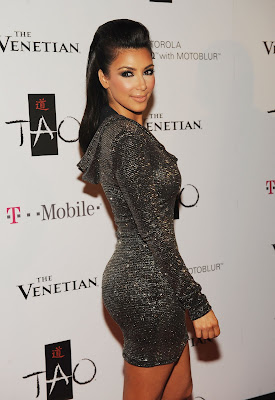 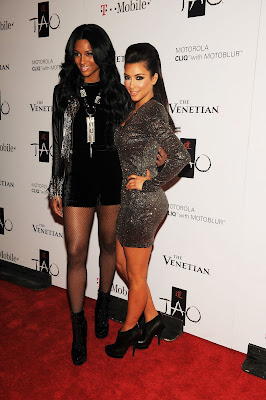 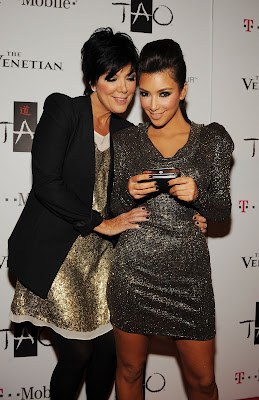 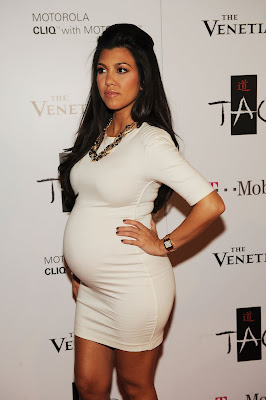 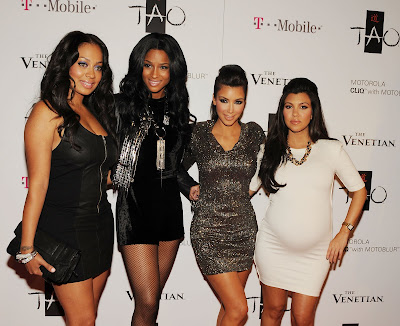 Friday night October 16th, Kim Kardashian, who turned 29 on Wednesday, had an early birthday celebration at TAO Asian Bistro and Nightclub in Las Vegas. Kim was surrounded by friends and family including mother Kris Jenner, sister Kourtney and brother Robert. Younger sister Khloe, who had planned to attend the festivities, ended up missing the party. Being an attentive bride she stayed home with her new husband, LA Laker player Lamar Odom, who was injured during a game on Thursday.

Everyone arrived at The Venetian early in the day, pulling into the porte cochere via Venetian limousines and proceeded to walk into the beautiful hotel lobby entrance. Fans were everywhere and Kim, Kris and Kourtney made sure to say hello and take photos with all who asked. The group checked into the 8,000 square foot, four bedroom Chairman Suite, complete with any amenity one could desire, including 27 televisions, private gym, sauna, multiple Jacuzzi tubs, karaoke/media room, salon and massage room. Kim proclaimed she could live in the suite and immediately called boyfriend Reggie Bush to tell him all about her amazing accommodations. They ordered room service from their attentive butler, and after lunching in the suite the women hit The Shoppes at The Palazzo, heading to Barneys New York, first, then to Jimmy Choo, Christian Louboutin and the vintage boutique, Annie Creamcheese. While the ladies shopped, Robert Kardashian and Scott Disick, Kourtney’s boyfriend, enjoyed the fabulous weather at TAO Beach.

Songstress Ciara and MTV VJ La La Vazquez arrived just in time to walk the red carpet with Kourtney, Kris and Kim, with the birthday girl looking stunning in a Brian Lichtenberg dress and YSL shoes. After posing with mom-to-be Kourtney, who is due in December, Kim let everyone know how excited she is to become an aunt, while Kourtney kept mum on possible names for her baby boy. While on the carpet Kim even Twittered to her fans how much she loved her birthday present, the new T-Mobile Motorola CLIQ.

As fans crowded around to catch a glimpse, the group made their way towards the private dining room at TAO, where an Asian feast was served. Scott Disick, socialite Brittny Gastineau and family friend Jonathan Cheban were among the guests who gathered for the celebration. At dinner the Kim and Ciara chatted about Kim’s upcoming fragrance launch while Kourtney and Brittny were secretively talking about the surprises in store for all in the club. Kim finished dinner with TAO’s Giant Fortune Cookie and all the guests compared fortunes and made suggestions on what Kim’s birthday wish should be.

After dinner the large group (minus Kourtney who headed back to the Chairman Suite at The Venetian to rest) took command over two sky boxes in the nightclub. As DJ Reach announced the birthday girl’s arrival hundreds of fans screamed from below and Reach got the club to join in a chant of “Kim! Kim! Kim!”. Kim got on the microphone, telling the crowd there was no better place to celebrate than TAO Las Vegas at The Venetian and asked them to help kick off the last year of her 20’s with a great night.

Along with her friends and family, the birthday girl danced the night away, whipping the throngs of fans below into a frenzy. Even mom Kris could be seen displaying impressive moves. Of course, DJ Reach played Ciara’s track “Goodies” and gave her a shout out to the delight of the club goers. The crowd in the nightclub cheered and sang along as a birthday cake appeared and Kim blew out the candles and made her wish.

Also spotted dining at TAO on Friday was Carlos Mencia. Joined by friends, the comedian enjoyed sushi, spare ribs and satay of bass and could be seen singing along to the music. Kevin Federline and girlfriend Victoria Prince were in the dining room as well.

Golfer Anthony Kim checked out TAO Nightclub later in the evening with friends.