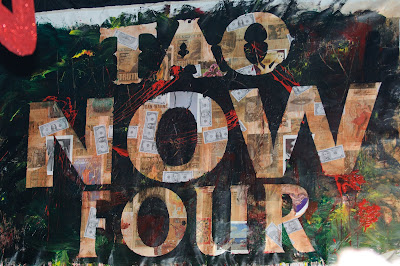 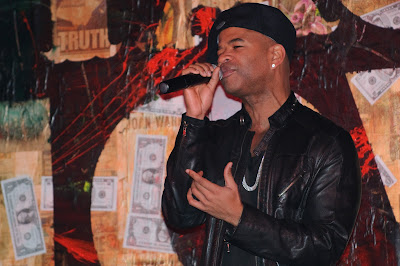 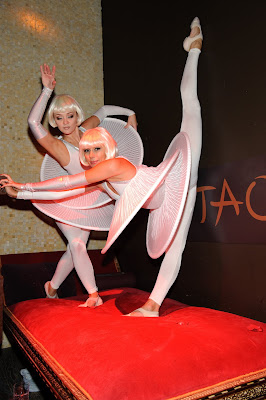 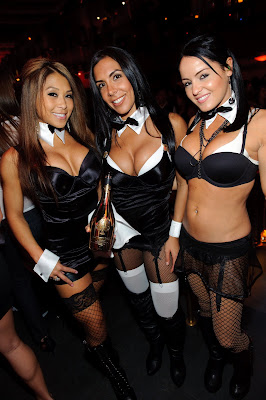 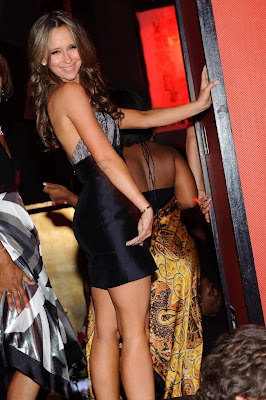 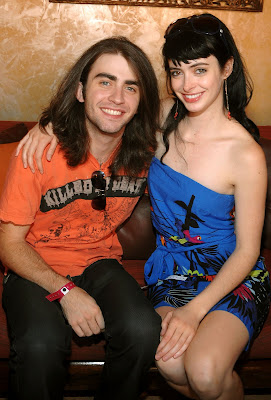 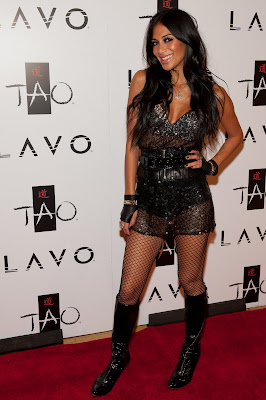 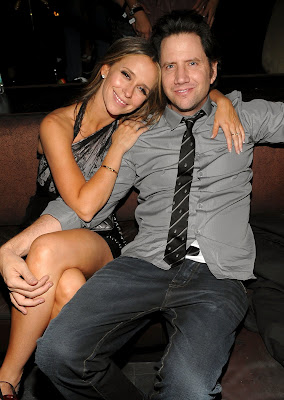 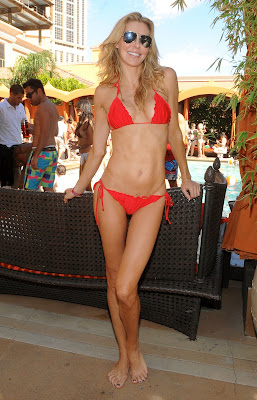 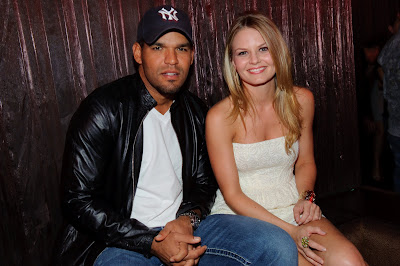 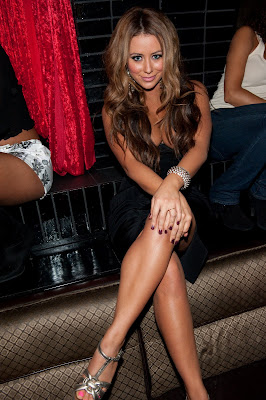 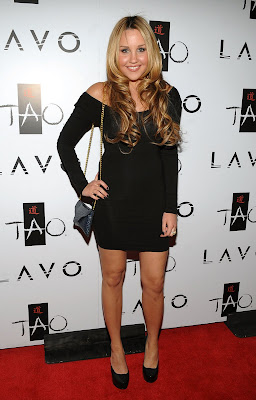 Newly single Brandi Cibrian wasted no time once she arrived in Vegas, heading straight to TAO Beach Friday afternoon to soak up some rays with friend Jennifer Gimenez of VH1’s Sober House.

The evening started with an Italian dinner at LAVO inside The Palazzo Las Vegas. A bevy of celebrities dined on specialties from the kitchen including the famed Kobe Meatball and Oreo Zeppole for dessert. Spotted in the dining room were Amanda Bynes, Jennifer Morrison and Amaury Nolasco, Krysten Ritter with boyfriend Scott Culver, Stephen Dorff, Brandi Cibrian and Jennifer Gimenez, Adrien Brody and Emile Hirsch and Victoria’s Secret model Selita Ebanks. Adrian Brody dined with owner and friend Noah Teperberg. Amanda Bynes popped in quickly to wish LAVO a happy one-year anniversary and enjoy LAVO’s classic Kobe meatball. Jason Kennedy from E! News arrived with a group of young Hollywood names including 90210’s Patrick Sebes, Zachary Abel from The Secret Life of the American Teenager and Johanna Brady from ABC Family’s Greek. Brandi Cibrian, who came in to Vegas for a weekend with the girls, reminisced that it had been just a few months since she was at LAVO, the very same spot where her soon to be ex-husband Eddie Cibrian (who left her for country singer Leanne Rimes) professed his love for her (following rumors of his supposed affair with Leanne).

The party continued as guests journeyed upstairs to the nightclub where DJ Reach was spinning for the packed crowd. Vanessa Minnillo and Nick Lachey were spotted getting cozy in a corner VIP booth. Singers Nicole Scherzinger and Aubrey O’Day, who just joined the cast of Peepshow were also upstairs, as was NFL free agent Melvin Fowler.

Saturday afternoon TAO Beach was the place to be, with Breaking Bad’s Aaron Paul, Amanda Righetti from The Mentalist and Californication’s Eva Amurri all joining the daytime party, taking over cabanas along with a hookah smoking Emile Hirsch, Jennifer Morrison and Amaury Nolasco, Krysten Ritter and Scott Culver. Brandi Cibrian and Jennifer Gimenez took in the sun with Cibrian garnering many appreciative stares as she stunned in a red bikini…Eddie who? Gimenez, who recently dropped 95lbs, boasted her new svelte figure in a skimpy bikini. Emilie Hirsch smoked from a hookah and ate sushi from a cabana by the pool. Aaron Paul bumped into costar Krysten Ritter; the two were friendly and enjoyed a lengthy conversation. Susan Sarandon’s daughter, Eva Amurri, who is a new series regular on Californication, got cozy in her cabana with her boyfriend. The couple, who recently moved in together in Los Angeles (he moved from San Francisco; she from New York) left their not yet unpacked boxes and their brand new apartment and said “screw it- let’s go to Vegas.”

The celebration continued into the evening as TAO celebrated its four year anniversary. Emile Hirsch dined with his friends and girlfriend; also at his table was actor Aaron Paul as well as Brandi Cibrian and her girlfriends. Eating at a table close by was P. Diddy with pals Tyrese and Ray J. Not far away, Spencer Grammar dined with TAO owner Noah Tepperberg and Victoria’s Secret model Selita Ebanks. Amanda Bynes dined inconspicuously in the corner with her bff and old costar, Max Crumm. Entrepreneur and celebrity DJ Brent Bolthouse popped in to wish congratulations to TAO’s owners. Jennifer Morrison, who was with her boyfriend Amaury Nolasco, also brought along her brother who had just turned twenty-one—she said there was no better place to bring him to celebrate than “TAO- the number one place in Vegas. Adrian Brody and Clifton Collins showed up late to dinner, but not before the party moved upstairs. Actress Amanda Righetti decided to get away from the big crowd at TAO and dined at LAVO. Also enjoying a quiet, romantic dinner at LAVO was Jennifer Love Hewitt and Jamie Kennedy before heading over to TAO’s nightclub for the big celebration.

The party continued upstairs at TAO nightclub as Diddy took over the mike and treated the crowd to an hour long impromptu performance. Jennifer Love got up on the catwalk where she danced. When the balloons dropped in celebration of the anniversary, Jennifer and boyfriend Jamie Kennedy playfully bounced a balloon back and forth. Upstairs in a skybox, Tiger Woods enjoyed the performance from afar with friends. At the end of the night and a weekend of celebration, Jennifer Love admitted “I’ve never had so much fun!”
at 4:57 PM

If your looking for 3 of the hottest clubs to party at in Vegas, definitely check out Rain, Moon, and Ghostbar. The atmosphere alone is enough to make it a night to remember. Check out N9NEGroup to look up events and tickets