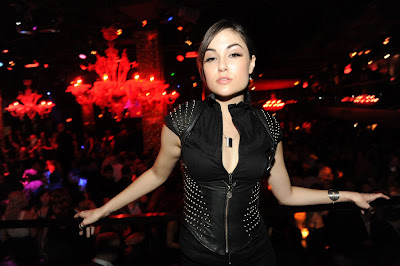 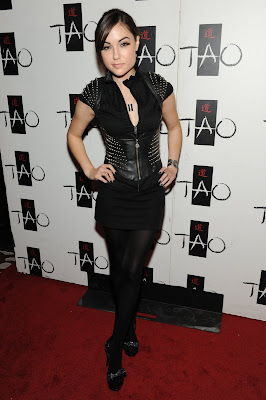 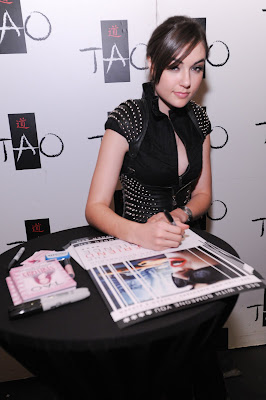 Thursday night January 7th, adult film star Sasha Grey hosted the AVN Adult Entertainment Expo Networking Party at TAO’s Worship Thursday. Grey began the night with a signing session for fans before heading into dinner of favorites including Satay Bass, Lobster Wontons and Orange Chicken along with Cadillac Margaritas and other signature cocktails. Grey then walked the red carpet, joined by fellow industry girls, before heading up to a VIP table overlooking the nightclub. Once there she got on the microphone and welcomed the crowd at TAO. A bevy of adult film stars including Evan Stone and Kayden Kross were seen in the club. Notables from the sports world were there as well, with basketball player Dikembe Mutombo and St. Louis Ram Steven Jackson spotted in the club. Actor and DJ Danny Masterson and friends took a VIP table overlooking the club’s Moat section.

Also dining at TAO on Thursday was Brooke Shields. Donning a black mini-dress the beauty enjoyed Kobe Rib eye and other favorites from the menu.

At LAVO a group from Dancing with the Stars, including Gilles Marini along with his partner on the show Cheryl Burke and Sabrina Bryan arrived after midnight. The group sipped Stoli cocktails, took photos with fans and danced to salsa music, with Burke showing off some moves.

HELLO:
I ENJOY YOUR PICTURES AND VIEOS GEORGES.LUCCIO@GMAIL.COM TOP NO.5,
3/23/2010
PS.I WANT SOME PUSSY IM STARVING AND SOME BUTT CHEEKS BABY GEORGE
GREDRICK2ANTHICHRIST.NET