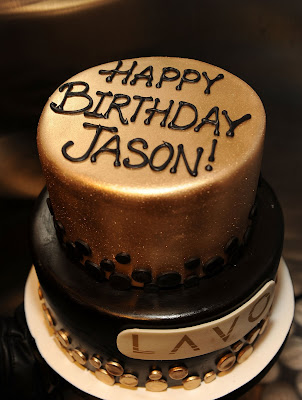 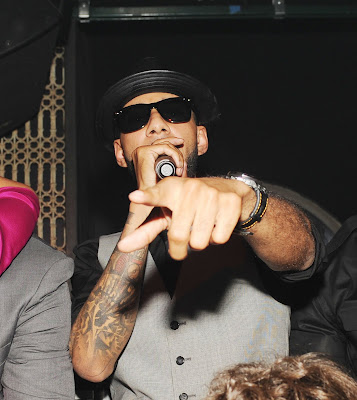 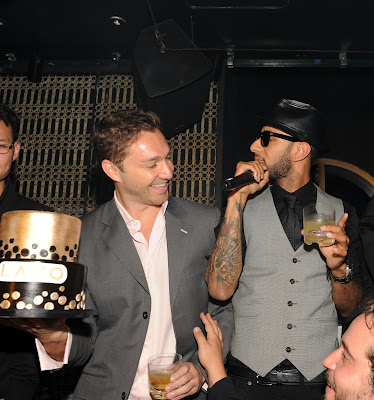 TAO Group partner Jason Strauss, who turned 36 this week, continued the party that started at Avenue in NYC on Thursday with another celebration at LAVO in Vegas on Friday. Famed producer Swizz Beatz was on hand for the party, arriving after seeing girlfriend Alicia Keys in concert. He took over the LAVO turntables for an hour before switching to emcee, grabbing the mic for the rest of the night. Swizz led the crowd in singing a slew of hits he produced, including Jay Z’s On To The Next One. Birthday boy Strauss had one request, New York State of Mind from Jay Z and Alicia Keys, and the crowd went wild when it played. Reggie Bush was spotted with Swizz and the producer made sure to give plenty of shout outs to the Superbowl champ.

Over at TAO, E! Entertainment’s Jason Kennedy, Ben Lyons, Cat Sadler and Ryan Basford were spotted dining with friends at the Asian bistro before heading up to the nightclub where they enjoyed Ciroc cocktails.