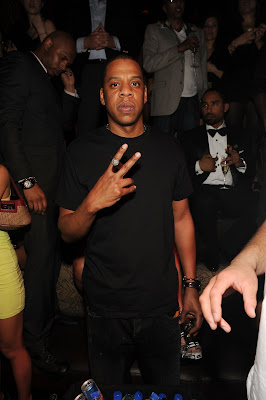 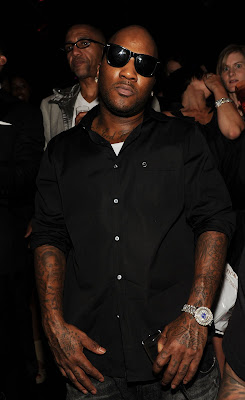 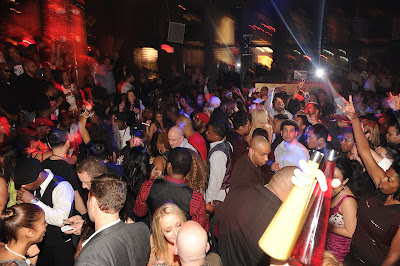 Saturday night saw records broken at TAO with more than 7000 club goers passing through the doors as Jay Z hosted at the nightclub after his Las Vegas concert.

Jay Z arrived after his concert with wife Beyonce, who looked stunning in a skin tight, gold sequin dress and hair pulled into a tight ponytail. Joined by an large group including tour mate Young Jeezy and NFL pro Larry Johnson, the group took over TAO’s private dining room for a post concert celebratory dinner highlighted by the rapper’s own Ace of Spades Champagne, along with Sushi, Kobe Beef and Seabass.

Following dinner Jay Z and crew arrived in the packed nightclub, taking over several tables on the dance floor as club goers clamored to get a photo or even a glimpse of the superstars. The rapper was in great spirits, singing and dancing to the sounds of DJ Vice, who of course kept Jay Z’s hits in heavy rotation. The group stayed until just after 4 am – stopping on the way out to thank DJ Vice for killing it all night long.

Shawn and Damon Wayans were spotted at the table next to Jay Z and sports stars including NFL players Melvin Fowler, Steven Jackson, Dwight Freeney and Fred Smoot along with Tracy McGrady and Al Harrington from the NBA also filled up tables at TAO. Ndamukong Suh, the projected number one draft pick of the NFL was also spotted entering the club. Rapper Jay Sean hit TAO after dining with friends at LAVO earlier in the evening, and TAO regular David Spade was seen dining at the Asian bistro before his show, sticking to his favorite dish of Kung Pao Chicken.

Actor and comedian Bob Saget dined at LAVO with friends, enjoying Swordfish, NY Strip and Salmon before heading up to LAVO’s nightclub. Also at LAVO, Kaley Cuoco from The Big Bang Theory and Amy Davidson, who played Kaley’s sister on the sitcom 8 Simple Rules – celebrating a friend’s bachelorette party, the group of girls dined on Italian specialties and drank champagne, then continued the party in the nightclub.