STEPHANIE PRATT OF THE HILLS TURNS 24 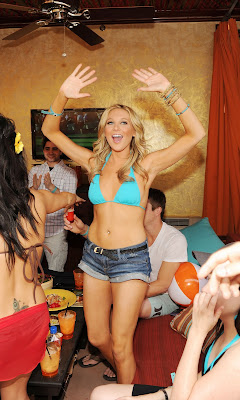 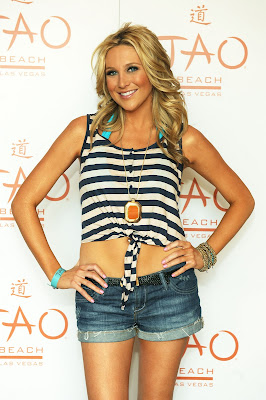 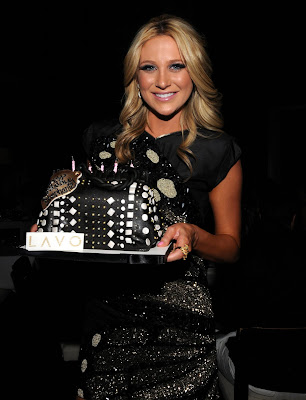 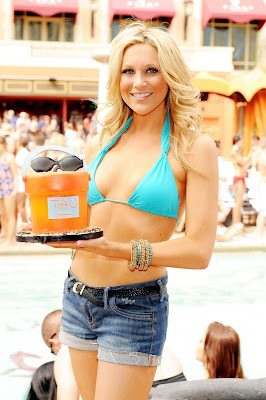 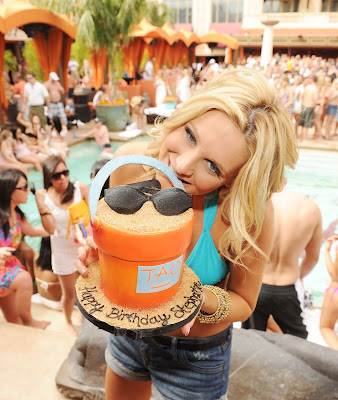 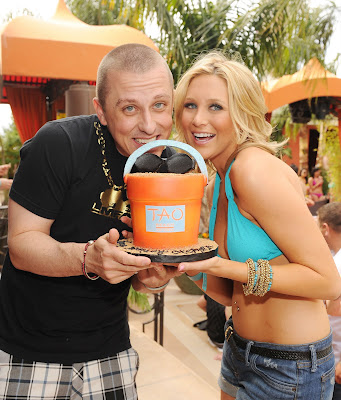 The Hills star Stephanie Pratt celebrated her 24th birthday in Vegas this past weekend. The reality star kicked off the celebration with dinner at LAVO on Saturday night. She was joined by Ben Lyons, Jason Kennedy, Ryan Basford and Catt Sadler from E! Entertainment Network. After enjoying a dinner of LAVO favorites and Long Island Iced Tea cocktails and Kamikaze shots, the entire restaurant sang “happy birthday” as Pratt was presented with a cake in the shape of a custom purse by local bakery Gimme Some Sugar. The birthday girl turned the tables on her entertainment journalists party pals, interviewing them for E! on LAVO’s expansive Strip-front terrace. After dinner the headed up to the nightclub to dance the night away to the sounds of DJ Skratchy. Stephanie and pals partied the night away dancing into the AM hours with another table customer at LAVO sending over a bottle of Dom Perignon champagne to Stephanies table for her birthday.

On Sunday the group took over TAO Beach’s new Grand Cabana overlooking the pool and the entire party scene. Clad in a blue bikini Pratt was surprised by yet another cake – this time one in the shape of a beach pail with sand and sunglasses. The crew dined on afternoon snacks from TAO’s kitchen and enjoyed the sun. Stephanie and pals danced to DJ Jason Lema and waved to the crowd as fans were shouting her name.

The celebration wrapped up with dinner at LAVO on Sunday night, where Stephanie and crew dined on Lobster tails and other LAVO Favorites. Stephanie and the crew did one final toast at dinner to celebrate and then headed back up to her suite with her friends for a movie night to close out her bday weekend.
at 5:09 PM