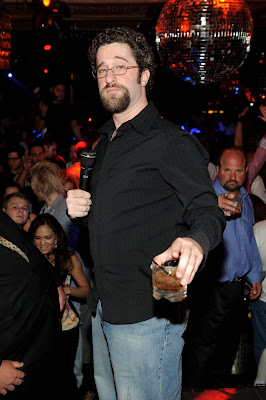 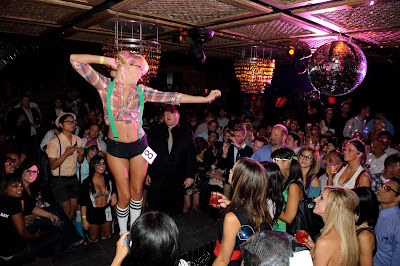 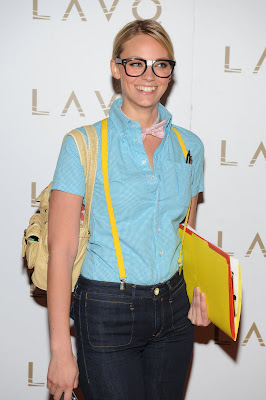 Tuesday night Dustin Diamond, Screech from the TV series Saved By the Bell, hosted at LAVO in celebration of National Nerd Day. Diamond dined with friends at the Italian eatery before heading upstairs to the nightclub, which was filled with club goers decked out in their best nerd gear. He MC’d the contest, which awarded $1000 to the sexiest nerd.

Also spotted at LAVO was Cesar Millan. The Dog Whisperer dined on LAVO’s expansive Strip front terrace with a friend and then took over a VIP table in the nightclub where they danced all night while drinking Perrier Jouet Fleur Champagne and munching on strawberries.