PAMELA ANDERSON CELEBRATES HER BIRTHDAY AT TAO AND TAO BEACH! 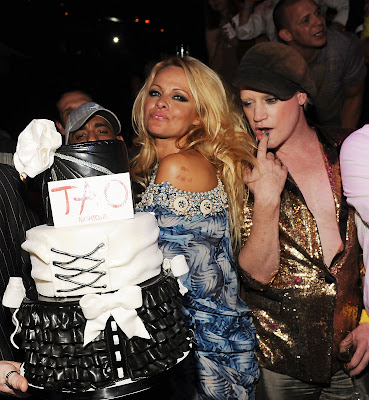 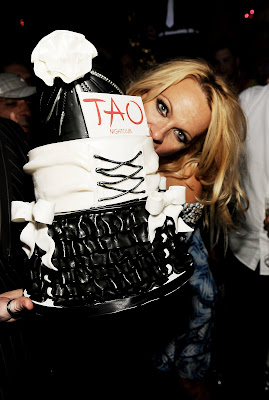 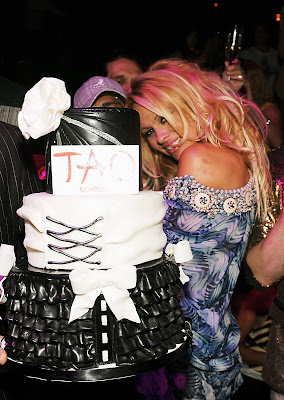 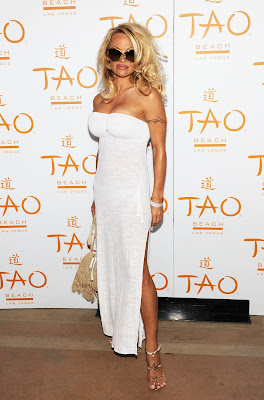 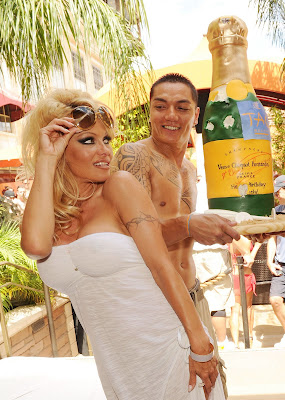 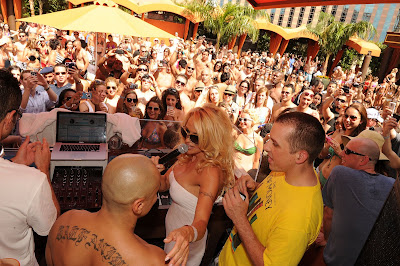 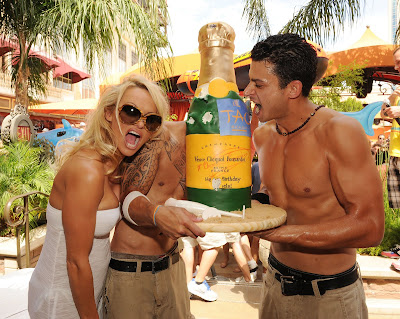 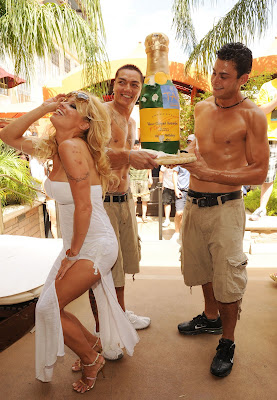 Bombshell Pamela Anderson, who turned 43 on July 1st celebrated in Vegas on Saturday. She started the day at TAO Beach, taking over a cabana with friends including Jesus Villa from Zumanity. Anderson was surprised and thrilled when she was presented with a replica Veuve Clicquot cake from Gimme Some Sugar, brought out by two buff TAO Beach staffers. The birthday procession included a real bottle of the champagne delivered by a girl in a raft and plenty of whale and dolphin beach floats. The birthday girl kissed the cake delivery boys on the cheek and then instructed each of her friends to take a bite out of the giant cake. After heading to the DJ booth to address the crowd, Anderson spent the rest of the day drinking Veuve Clicquot and enjoying favorites from the TAO Beach kitchen.

The birthday party continued Saturday night at TAO Nightclub as Pam took over a dance floor table and was joined by Heatherette’s Richie Rich, who flew in from New York for the party and tattoo master Mario Barth. The Veuve Clicquot champagne continued to flow and another cake topped off the night.

Also at TAO on Saturday was Derek Fisher, fresh off the plane from Miami where the Heat was wooing the free agent. Fisher brought his wife Candace to celebrate her birthday and the couple and their friends had dinner at the Asian bistro before heading up to the same sky box in the nightclub where he celebrated his Lakers championship just a few weeks ago. Fisher remained tight lipped when asked about a possible decision but did say Miami was not out of the question. Maybe the basketball world will know more about Fisher’s decision in the next two weeks when LeBron James, the Heat’s newly signed star is slated to host at TAO and LAVO.

New York Jet Darrelle Revis dined at TAO with friends. The cornerback turns 25 on July 14th and had an early celebration, enjoying dinner and then heading up to the nightclub.